The One About the "Various Other Nasty Phobias."

So, in addition to everything else I have going for me, I'm also a bit of an emetophobe.

It all began in 4th grade. My teacher was Mrs. Lang. I had just begun wearing a training bra, yea though any actual chesticles were years away from blossoming. My best friend was Holly Wolf. My crush was Luke Krupski. I was obsessed with ALF. I even had the ALF phone. 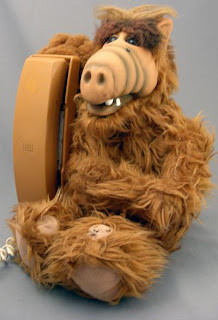 We were in the middle of a grade school reconstruction, so we were temporarily residing at a school called Aldercrest.

(Holy crap! I even found a picture of that very school, even though it no longer exists:)

That year began with a bang. I remember how we'd all wait outside the school, on the cement pavement in a covered area, and wait for the teachers to let us in.

I remember reading Are You There, God? It's Me, Margaret, and Ramona Quimby, Age 8. 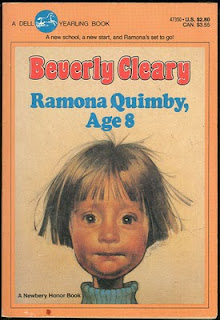 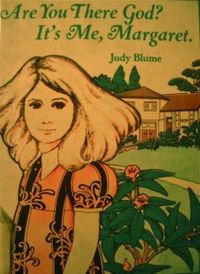 And most of all, I remember everyone fucking puking on their desks or all over the floor. 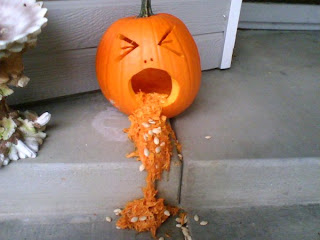 Luke Krupski was the first to go. I'll never forget the day he ralphed all over Mrs. Lang's 4th grade classroom. I had loved that boy, ohhh did I ever, until I saw his neon purple puke all over the linoleum.

Kim Stewart was next. She upchucked during a math test.

The next day it was Keri Forester's turn. Puke-o-Rama. Barf-Fest 1987. Hurl to the Max. Literally, like, gag me with a spoon.

And so it went. Bout after bout of stomach flu overtook us all. The poor, dejected janitor and his yellow bucket and mop were in there so often we knew him by his first name. Also probably because his name-tag read "Hello, my name is Carl." Bygones. 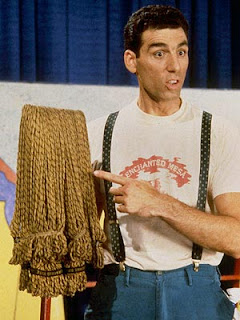 And then before I knew it, it was my turn.

I got up during silent reading and told Mrs. Lang I felt sick. She said, "Go sit at your desk and rest, put your head down, just wait awhile to see if you feel better." I dutifully obliged, while feeling positively miserable. Only two minutes later, Mrs. Lang came to me and said, "You look really pale. Why don't you go to the nurse's office."

It all turned to slow motion. It really did. I remember every milisecond of it. I stood, slowly, so slowly, to extricate myself from my desk. And mid-extrication, suddenly, that undeniable urge. That unforgettable mouth-watery throat-tickly stomach-gurgly "I'mona hurl" moment. OHH SHIIIIIIII.... 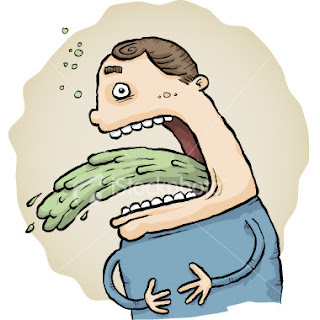 And I barfed. I barfed all over my desk. Right there in the middle of 4th grade, as all my classmates looked on.

I'll never forget as Mrs. Lang told poor Kim Stewart to deal with my puke (by putting a sheet of paper towel down over it) before Carl the Janitor got called in (for like the 48th time that day). I wondered what poor Kim had done to deserve that. I'll never forget the look of my vomit covered by a thin paper towel. And then Ashley Proctor escorted me to the nurse's office, where I laid feverishly under a beige wool blanket, waiting for my mom to arrive, every so often rising to throw up in the nurse's bathroom. That stomach flu was a doozy. I have never felt so sick to my stomach in all my life. And while I was home sick all week, I remember lying in bed re-reading Ramona Quimby, Age 8, and barfing several times throughout, especially because Ramona herself gets the stomach flu in that book, and there is talk about fruitflies, and jars of blue oatmeal, and retching. "Go away, blue oatmeal," became Ramona's, and my, mantra. 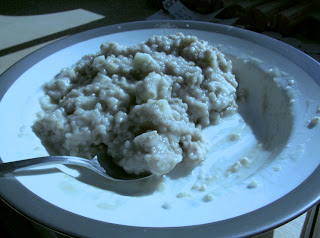 I threw up in my bed so many times I'm surprised my mom didn't make me sleep in the bathtub. I mean, she brought me the Barf-Bucket(TM) and everything, but I always managed to ralph all over my bed, necessitating an entire change of sheets and blankets, and a bath for me. Once when all the bedclothes were dirty, she put me inside my brand-new splatter-paint design sleeping bag on my bed. I'll never forget that sleeping bag. It was so rad. It was so totally tubular. It was so fucking 1987.


It was a lot like this, but on an aqua background: 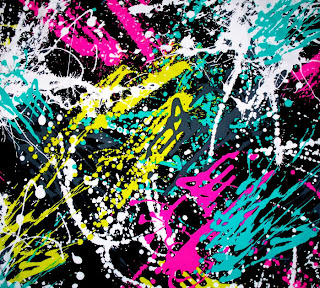 Anyway, I barfed in that fucker too. So guess what my mom did? Just threw it out. I think I would too.

After this flu, the worst of my life, I was incredibly obsessed with throwing up. If any of my friends happened to mention that they were feeling sick, I'd panic, back away, and ask in sheer terror, "ARE YOU GOING TO THROW UP!?" I was truly afraid they'd throw up. Afraid! Sore afraid.

And every time I felt nauseated, I'd say a prayer to the Patron Saint of Puke that I could hold it down.

This fear lasted for years. I'm not quite sure when it ended...maybe about the time our cat Opie spewed 4-1/2 feet of vomit down our hallway and there was no choice but to clean it up. My husband and I had just come home from a fancy Christmas party, and there we were, dressed to the nines, I in my fancy red party dress and sparkly jewels, cleaning up cat comet-vomit, laughing our respective bum-bums off. Because what else could we do but laugh? I mean, FOUR AND A HALF FEET OF PUKE. 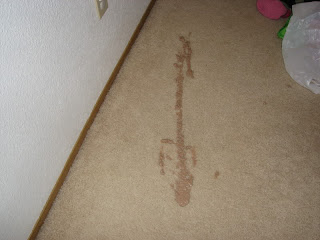 PS: He got us good another time, with about twelve feet of puke that even rounded a corner, but we did not get photographic evidence of that. But take my word for it. Twelve feet.

So anyway. I guess I grew out of my emetophobia, for the most part.

Until my new fear arose and took its place:

Email ThisBlogThis!Share to TwitterShare to FacebookShare to Pinterest
Labels: barfing, emetophobia, it's more likely than you think, patron saints, Ramona Quimby, the 1980s