Aww. My new buddy Thea over at The Lint Trap decided to give me an award today! TWO awards today! I get these awards, as she tells me, "because your posts make me pee in pants on a regular basis." Right back atcha, babe. ;) Wooo for pee-pee panties!! 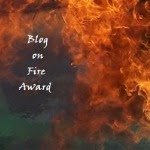 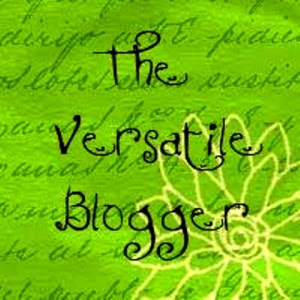 W00t! I'm a versatile blogger ON FIYAH!
The rules of redeeming these awards are as such: Write seven things about yourself and then pass the award on to 10 other bloggers.
Well OK then.
1. I have OCD. lulz.
2. When I was one year old, I held a live bumblebee in my hand for the entire duration of a car ride and wasn't stung, but the bee later emerged rather disheveled and buzzed off drunkenly. When I was 7, I was stung by a bumblebee on my butt and then had to sit through my cousin's theater performance for 3 hours on a metal folding chair. When I was 8, I was stung by a wasp on my elbow, and it left a scar, which I proudly displayed at show-and-tell. Two weeks in a row. I was mad proud, son. When I was 12, I was innocently picking huckleberries at camp and was stung by a bumblebee on my ankle, through my sock. Upon being carried back from the infirmary to my cabin, some asshead kicked the beehive and I was immediately stung on my nose by my eye. When my mom came to pick me up from camp the next day, she quite literally walked right past me and didn't recognize me, because of the swelling. 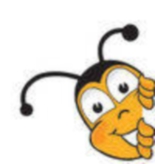 3. When eating Doritos, I do not just munch them up. I thoroughly lick each one on both sides, before consuming.

4. My first kiss took place behind the dumpster in 8th grade. He and I had planned it all out very carefully, but chickened out the first time. The next day, we again rendezvoused at the dumpster and it finally happened. Magic. Love. The smell of garbage wafting in the air. Oh, and as a cherry on top, 20 years later he turned out to be gay. Right-o, then.

5. I can swallow food and then "bring it back up" on command. I can even do this with liquids. This was a cool cool cool trick in 8th grade, and everyone was revolted astounded and my lunchtime antics.

6. My favorite book in the world is A Confederacy of Dunces. It was the first book to ever make me laugh out loud, and I still do, every time I read it. And I must have read it about 14 times by now. Oh, Ignatius, you mad genius you. 7. As mentioned somedamnwhere else in this blog, I've met Tim Curry in person. I saw him, wearing sunglasses and toting some ratty red luggage, in the baggage line at the Puerto Vallarta airport, and I whispered furiously to my husband, "I AM NOT KIDDING RIGHT NOW BUT THAT IS FUCKING TIM CURRY RIGHT FUCKING THERE." My husband didn't believe me at the time; though, in his defense, Tim did look a bit...off his game. Scruffy, big ol' belly, and all. But then I approached one T. Curry a moment later and requested that I take his photograph, and he said, in his rolling, rich, ridiculous, one-of-a-kind accent, "If I let you take a picture, everyone will want to. Rather, treasure this moment." I answered, "And you also." Later, I fuckin' totally took his picture, covert-like.

(This was clearly in the days before cameras were awesome)

Moments after I chatted with the old Brit.

And that about does it. Thank you for your time.
Oh yes, but now to name my ten bloggers upon whom I wish to bestow this great honour!
1. http://parentwin.blogspot.com (Jo + Dar = 4evr)
2. http://hurbleburble.blogspot.com/ (because this chick is awesome and she needs to GET GOING on her blog!!)
3. http://mrsschneed.blogspot.com/ She's beautiful, she's interesting, and her kid is adorbz. /END TRANS
4. http://ofmiceandramen.blogspot.com/ Her blog is so full of fascinating, beautiful images, and we share a faith. Love that!
5. http://josieandme.blogspot.com/ This lady doesn't know me at all and likely never will, but I've followed her blog for years. Sweet, tragic, beautiful, sad.
6. http://lonetater.blogspot.com/ Hilair. :)
7. http://babyfaithhope.blogspot.com/ Someone else who will never know me and will never see this, but whose blog has touched my heart so deeply.
8. http://chelle65584.blogspot.com/ Chelle. Love this girl already!
9. http://mommybags.blogspot.com/ A fellow OCDer...you have a place in my heart already! ;)
10. http://mommamaynard.wordpress.com/ Wish I knew this girl in real life! :) xoxo, Jaime!
Anyway, you are all deserving of these two awards and may claim them at your leisure. Much love.
Oh, and thank you, Thea. This is a Major Award!! 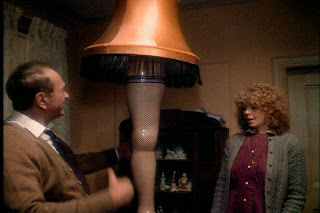