Parks and Recreation, Plus Poop.

Yesterday was a tough day, anxiety-wise. We went Maya's little BFF's 5th birthday party, along with a zillion other little school friends of this little girl. The party was lovely--a gorgeous day at the park and splash pad, food, drinks, games, a fabulous hostess. I thought I would have an easier time of it, since we were outdoors with fresh air and such, but as always, OCD manages to make its appearance.

It first appeared when the watermelon was being sliced. It hadn't been washed first; in fact it had been sitting on the super grody cement floor of the covered park area. (And seriously, people, you really ARE supposed to wash your damn dirty melons, whether or not you have OCD.)

So there sat the unwashed melon, sliced up and sitting on a picnic table, mocking me. Mocking, I tell you. Maya kept asking, "Can I have some watermelon? Please? Please? I really want some!" And I kept trying to distract her. But finally I had to give in. Because who doesn't let their kid eat watermelon at a picnic? I said a prayer to the Patron Saint of Escherichia coli and let my child dive in. 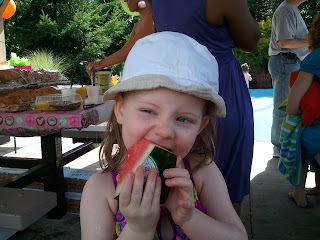 Jo, 1. OCD, 0.
...Not that I'm sitting here on pins and needles, waiting 1-10 days for the first appearance of hemorrhagic colitis, which is characterized by the sudden onset of abdominal pain and severe cramps, followed within 24 hours by diarrhea, soon becoming watery and grossly bloody, along with vomiting and fever, bowel necrosis and perforation, progressing to hemolytic uremic syndrome, which then causes acute kidney failure in infants and young children, where the infection continues to move into the cells’ cytoplasm and then shut down the cells’ protein machinery, resulting in cellular injury or death, and subsequent damage to vital organs such as the kidney, pancreas, and brain. Nope. Not me. Doesn't mean I'm sitting here for 1-10 days on pins and needles at all.

Also, not that I noticed or anything, but...

The second moment of panic came when the cake was served. She had handmade a gorgeous cake, but it came in segments that had to be placed together. The cake was totally stuck to the plate it was on, so it required massive amounts of manhandling with bare fingers to be smooshed together with the other parts. At one point my friend, recognizing what was going on in my sweaty brain, said, "I know Jo is having a heart attack right now." No, not a heart attack, friend. Mere palpitations. I answered, "Maya will have a center piece, please." And gave her my best, watery "I'ne jos keeding!" smile. 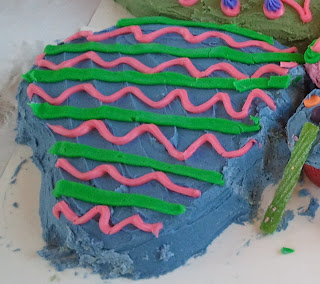 I could have refused to let Maya have a piece, but come on. Look at this face. She is actually salivating, tongue out: 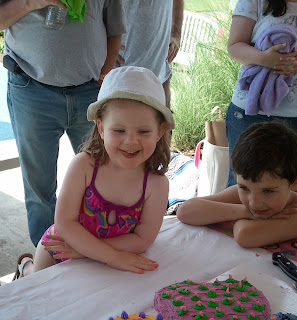 Friend, I love you, and you are beautiful, and your party was beautiful. But you gotta know how bad my shits were freaked. I know that none of this is news to you. ;) Because you love me despite my OCD, and I love you despite your lack of it. ;)


Today, it did not have fossilized human poop on it. 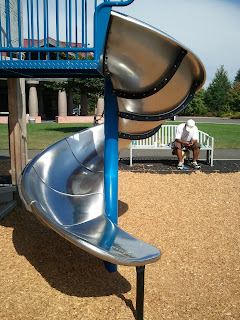 But it sure as hell did have baked-on, caked-on BIRD SHIT.
Dun...DUN...DUNNNNN 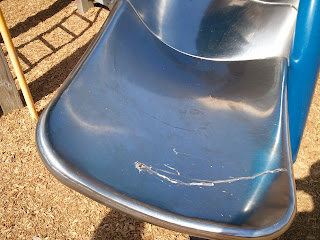 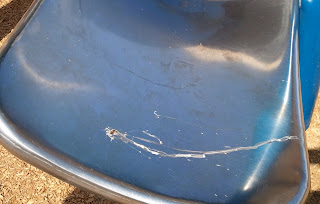 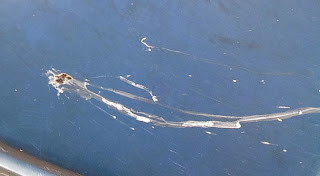 Sigh.
Just another day at the park, OCD-style.
Posted by Jo at 1:33 PM