So Darlena over at ParenTwin wrote up her rebuttal to my post. My original post, "P. Much," was here, and Dar wrote up a fine fine piece entitled The Hygiene Hypothesis, Take Two (Take Two--OMG--twins--pun intended??).

And now that I've spent two days finger-babbling and belaboring unrelated points, alas I realized that none of what I was writing was the rebuttal-of-a-rebuttal like I had intended. For two reasons, I think: (1) that Darlena didn't really disagree, per se, with the gist of my post and my points on hygiene and why the hypothesis stinks--rather, she just explained that there are certain risks that she's willing to take, whereas I am not; and (2) that it turned into more of an introspection on my part, because of some of Dar's statements.

Crapsicle!! So much for the big war we had planned!

Anyway, I will say this, so I can at least post something to do with the Hygiene Hypothesis: What I hate most about it (and about people's uninformed spouting off about it) is that people take it too far. People wildly misinterpret it. And while I think that even at its true core, the Hygiene Hypothesis is lamesauce and ridicballs, all it basically says is that early exposure to allergens and infectious agents causes fewer incidences of asthma, eczema, and allergies in general. It doesn't say that by catching tons and tons of colds and flu as kids makes you less likely to be sick from them later. Getting a lot of colds in preschool doesn't mean you're not going to be allergic to peanuts, doesn't mean you won't get eczema, and doesn't mean you will get fewer colds later, goddammit.

Not to mention, there are so, so many other issues to take into consideration. Some people think that the increase in childhood asthma could be related to swimming pools, for baby Jesus' sake. Then you have to consider possible over-exposure to certain allergens, and the way children are fed, and where they're from, and endless other contributing factors:

"There are many other hypotheses which aim to explain the increase in allergies in developed nations, many of which are also related to the other. A few other major areas of focus in the literature include infant feeding, over-exposure to certain allergens and exposure to certain pollutants. Infant feeding covers a range of topics which include whether babies are breast fed or not and for how long, when they are introduced to solid foods and the type of these foods, whether they are given cow's milk and even the types of processing that the milk undergoes."

So, you see, there are dozens of hypotheses that aim to figure out why certain conditions like asthma are on the rise. But for some reason, people latched on to Mr. Strachan's Hygiene Hypothesis with an iron grip and refuse to let go, claiming that illness is somehow healthy, people who also refuse to use their noodles and inject a little common sense here and there.

Not to mention, there are studies that come to a completely different conclusion and argue against the Hygiene Hypothesis:

"The 'hygiene hypothesis' postulates that reduced exposure of children to microorganisms and parasites increases the probability that they will develop immunologic disorders including allergic diseases.  It has been used to explain the increased incidence of such diseases and the increase in asthma in developed countries compared to underdeveloped countries.  There is some experimental evidence supporting this hypothesis.  However, the epidemiological data are not uniformly consistent with this hypothesis.  A recent Australian study (Ponsonby et al, International Journal of Epidemiology, 2008, 37, 559–569) showed a reduction in the prevalence of asthma and hay fever without evidence for a decrease in hygiene. Asthma prevalence has also been dropping in other developed countries.  In addition, asthma is more prevalent in poor inner city neighborhoods in the US and these areas are unlikely to be more hygienic than the more affluent areas.  In addition, improved hygiene is not the only environmental difference between developed and underdeveloped more rural countries.  For example, in more developed countries people tend to live in tight buildings which are fabricated from and contain artificial materials which emit chemicals that could possibly facilitate the development of allergies. [Further,] It is in fact well established that poor sanitation practices contribute to high infant and child mortality rates in underdeveloped countries."

Another study also found evidence arguing against the Hygiene Hypothesis:

"The study by Dutch investigators at the Erasmus University found although children in day care got more colds and other infections, they were just as likely as other children to go on to develop asthma or another allergy by the age of eight. The children who went to nursery and who had older siblings had more than quadruple the risk of frequent chest infections and double the risk of wheezing in early life, with no obvious pay off in terms of later protection from allergy."

So which is it? Which hypothesis to believe? Why did those hypotheses never catch on? Why are people so quick to say, "It's OK, she's puking up last night's fish & chips now, but she's boosting her immune system with every heave!" Well, while you're trying to make up your mind, just consider this quick and simple question: Dirty hands or clean hands? Which is healthier? I remind you, we learned this in kindergarten. So mankind, quit telling me that my child will be healthier after poking the dog's butthole and then eating a bowl of popcorn. 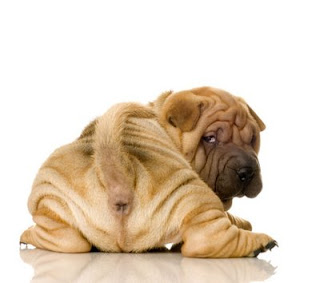 (Or you may just want to pick up a box or two of dog bum-bum covers.) 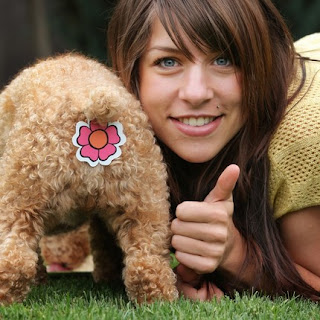 Next up: The introspective blog that Dar's post also inspired.
Posted by Jo at 4:25 PM