One thing I didn't mention in my recent post regarding safe food handling was this...I've often thought (and here I'm not joking) that restaurants should hire for a brand-new, never-before-heard-of position. The new position would simply be, "Cook Area Inspector." The job would involve merely watching. Inspecting, if you will. So that if someone so much as coughs, scratches a nose, itches an ass, digs a pinkie into their ear, mishandles a raw hamburger patty, doesn't properly wash produce, the Cook Area Inspector would scream out not unlike Frau Farbissina:

If a hamburger bun is dropped, the Cook Area Inspector would see to it that it was not placed back atop your Banzai Burger but rather thrown down the incinerator. (OK, I suppose that merely tossed outside for the birds will do.) If someone sneezed over your plate of Spaghetti with Mizithra, into the trash it would go and Chef Finnegan would begin again.

If a customer was rude to a server, and the server wanted to "get even" (one of my worst fears), the Cook Area Inspector would sprint over and catch the spittle mid-drip before it ever hit your Zuppa Toscana.

If the underpaid, bored employees got a wild hair up their bum-bum and wanted to get a little crazy by pissing into the vat of spaghetti sauce at your local Little Caesar's,* the Cook Area Inspector would see to it that they were killed in the face, and then have the restaurant shut down.

*This really happened. In high school, a classmate was bragging about how he did so. Pissed. Into the spaghetti sauce. At Little Caesar's. I've not eaten there one single time in the 18 years since.

But seriously, the Cook Area Inspector would just generally be responsible for observing and reacting, and employees would be required to follow her commands, without argument, to wash their hands, throw something away, remake the food, use gloves, change gloves,* or wash their hands again.

*My family and I recently went to the local Taco Time and witnessed one employee, wearing food-prep gloves, taking orders at the front desk, punching orders into the cash register, and handling all money. Then going right back into the open kitchen and preparing the food with the same gloves. I died inside that day.

The Cook Area Inspector would be responsible for your food being snot-, spit-, and spooge-free. This would be different from the typical, apathetic, non-germ-phobic manager just meandering through occasionally to "see how things are going."

This would be militant-style observation.

It could be performed only by someone who has a demonstrable tendency toward OCD. Someone with catlike reflexes who would be on the chef, germ-ninja-style, the very second he befouled his hands or the food he was preparing. 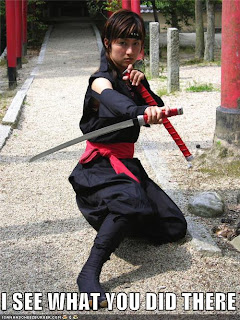 Seriously, I honestly really for reals think this would be a selling point: Businesses could advertise, "Our restaurant now employs Cook Area Inspectors!" and "Most hygienic eatery this side of the Mississipp!" and "Our trained Cook Area Inspectors watch your food being prepared and observe it every moment of the way. Eat Here With Confidence(TM)." 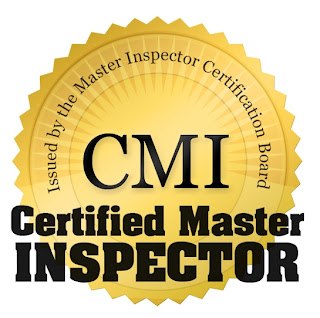 In addition, it would be awesome if customers would watch on CCTV the kitchen and chefs. Just have little monitors placed up in the corners of the restaurant, and you could at a glance see if your Macho Burrito Con Carne was being handled with gloves and all manner of correct hygiene or if it was being rolled up con carnage.

I joke, but seriously, I'm not joking.

Cook Area Inspectors. You heard it here first.
Posted by Jo at 12:53 PM