So the other day I headed in to the Department of Licensing, for to renew my license. I was two weeks too late, but whatever. 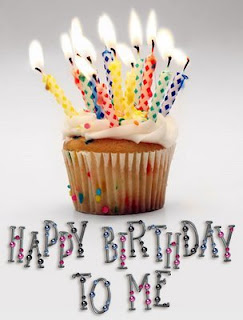 First, I had to find the son of a bitch. It was hidden in a little hellhole of a strip mall. Signs would be nice, people. Signs stating "DOL! YOU FOUND IT! ENTER HYAR! GET YER NEW LICENSE RIGHT HYAR! STEP RIGHT UP! POPCORN PEANUTS CANDIED APPLES DOL, STEP RIGHT UP!"

Or at least a storefront sign reading, "Licensing." But whatever.

Anyway, after breaking two small sweats and U-turning all over creation, I found it. Then I had to find the fucking door. I'm not even kidding. I have never experienced this particular phenomenon before: Can't find the entrance. Can't find the right door. Are you serious? Is this real life?

Honest to God. I think I found myself entering one door only to exit another, then backtrack and enter the previous door and then suddenly find myself on the sidewalk. Took a turn round the corner, saw another door, and entered it, found myself in Taco Bell, then repeated the process only to find myself twelve sizes too large. 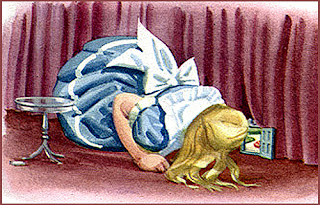 Honestly. WHAT THE FUCK. God help me I just want to stand in line for two hours so that I can lie about my weight, agree to donate my corneas, and be off. But whatever.

So I finally found my way awkwardly in, then had to ask like seven random pedestrians what the hell I was supposed to do from there. I was like, "O hai, you motherfucker, um, what's this partic'alar line for?" and "I need to renew my license, do you have any idea where I'm supposed to Christing go?" and "Where's the end of this here got-damn line??" (At which point I was told I had just totally cut and was in fact at the front of the line. But whatever.)

Then I tried to use the "renew online" computer option that was straight the shit out of the Paleolithic era. It has a mouse ball, ffs. A mouse ball. I entered my legal name, my birth date, my eye color, and the last four digits of my SS #. All right out in the open n shit. Meanwhilst, I was all paranoid that someone was watching me and gleaning my info so as to impersonate me later and steal my life and credit and eventually become me, SWF-style. 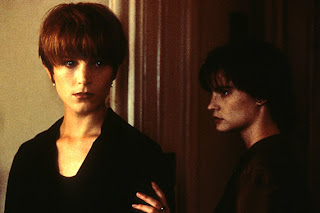 Oh, and ALSO I was freaking the fuck out over the germs. OH GOD THE GERMS. The rollerball, the keyboard, the enter-key, the filthy hordes, the masses...just...the...all of it...touching things...breathing air...I wanted to die. But whatever.

To top it off, once I'd defouled my pristine fingers and had attempted to renew online, it told me I was not eligible. Well FUCK YOU MISTER FUCKING 1997 ROLLERBALL INTRANETS. GOD. Now I have E. Coli and semen on my hands and no updated driver's license to show for it. Fuck you and the fucking manure-covered horse you rode in on.

Finally I found the right line, and waited for a bit, only to tell a greyed, aged, spent, disilllusioned gent, "I'm here to renew my license?"

And thus, I waited. Oh how I waited. I waited, then waited some more.

I had previously scheduled an appointment with my therapist, my favorite little slight, gentle-voiced, darling Indian lad, Dr. P, at 3 pm in Bellevue, at least 45 American minutes away from my current locale. I thought I was golden.

Now, I know that any visit to the DOL turns into an HOURS-long ordeal. But I was going at noontime on a weekday. Surely that counts for something?

Turns out it doesn't. I waited. How I waited.

Meanwhile, there was assault to my every sense, from every direction. As I had found myself a seat among the unwashed masses, I thought I had chosen wisely. Then, not four minutes later, a couple made their way to the seats in front of me. I watched with disinterested interest, then observed the woman to cough. And cough. And cough. Oh how she coughed. She coughed. I was all, "Shit on a shingle. I cain't win."

The I started observing the people around me.

To the right: An ancient white-cropped lady, with lovely delicate features, but with a dry hack.

To the left: A largely man wearing red tights, which would not stop sneezing. O GOD.

To the far right: A sweating, bereddened person which kept snorting down their phlegm and coughing up crud.

To the far-left: A small child of about three who had the world's worst croupy cough. Bark. Bark. Bark.

In addition, I observed many a person wearing purple dreadlocks, or wearing what was clearly last week's ensemble, or wearing electric-blue skinnypants and an orange faux-hawk, or wearing size XXXXXXL, saggy, befouled yellow sweatpants. But whatever. No judgment here. Carry on.

Anyway. I literally spent the vast majority of the time trying not to breathe. Do you know how hard that is? You sense that someone to your left has a terrible cold, so you turn to the right, lower your eyes, and halt your breathing when they cough. Or you know that someone to your right should be at home in bed, eating chicken soup, consulting their pharmacologist, and they're sneezing every 1.5 minutes, and you are cursing your very God, asking Him Why Have You Forsaken Me, and you are questioning your very will to live, but you've already committed 45 minutes to this shit, so you have to stay?


It's hard out here for a germaphobe. 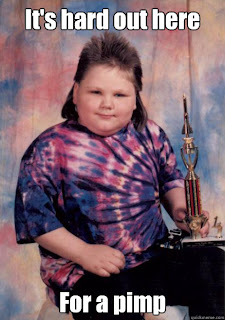 As 2:15 pm came ever closer, I started to think, "This was all a waste. I exposed myself to the dregs of society just to have to pack up and leave before ever earning my silly fucking temporary paper license, cuz I gots to leave like NOW."

But I stuck it out.

Part of the time, my attention was occupied by a twosome whom I had previously thought was "a couple," but who turned out to be mother & son. The mother didn't look a day over 24, and neither did her son. I was all, Wuh fuh?? But this man called her Mom. Now, unless this was the world's sickest who's-your-mommy relationship, she had indeed birthed him from her strawberry-blonde loins. I was fascinated. Except that they Kept Fucking COUGHING. God DAMMIT. Is no one, nowhere, healthy at any given moment?? JFC.

Finally, at 2:19 pm, although I had to leave at 2:15 pm, my number was called. I made my way nonchalantly up to desk #7, even though I knew all eyes were on me, as all my eyes had been on everyone before me. I kept thinking, "Does my ass look big? Do my new highlights look brassy? Shit. They're all judging me, as I once judged them for having The Common Cold or pants a size too small. FML."

Then as I approached desk #7, I realized there were more horrors in my future. In order to renew my license, I had to Press My Very Fucking Forehead against they "Eye Test Machine," letting the woman at the desk know whether the flashing lights were inside the box, outside the box, or on both sides. I had to let her know what the letters were, left to right. I had to let her know what colors I saw. All this required that I press my very brain on a germified, coldified, fluified, face-oil-ified nasty forehead presser. I attempted to zoom throught that shit ASAP. I was all, "RIGHT!LEFT!RIGHT!BOTH!E, G, F, Z!OUTSIDE!INSIDE!!FOR GODSAKES GREEN! RED! MOTHERFUCKING BLUE!!!!!11111111!!"

Finally I was granted my license renewal--not that anything has CHANGED, you motherfuckers, except my goddamn weight, yes, I know I am not 125 U.S.LBS anymore, sheeee-it, I've grown two kids in my belly, and I am still 5'4", and my middle initial is still E., and my eyes are still blue, my hair is still brown, except I got some kickass blonde highlights last week, BUT I DIGRESS...

The Lord JC Hisownself was wif me. He was all, I'm your man. Because, I made it to the appointment on time. 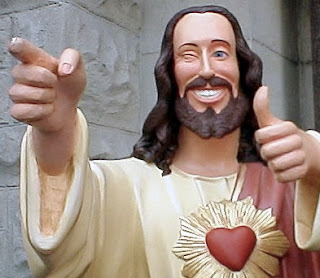 Then I proceeded to cry my eyes out in Dr. P's office, telling him how much I suck as a mom, how often I want to smack the taste out of Maya's mouth, and how I constantly want to fucking beat the shit out of my kids all because I want some peace and quiet to read some blogs and catch up on LiveJournal. 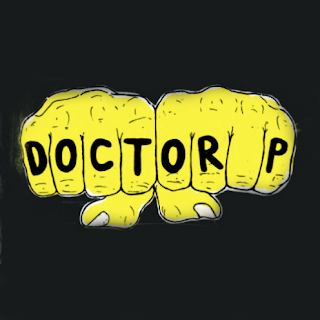