In Which I Hyperventilate.

So I thought it well and good to inform you that in addition to being a germaphobe, and of course an emetophobe, I'm also a hypochondriac. In the nicest, most awesome possible sense of the word, of course.

When my big toe hurts, I tell my husband, "I think I have toe cancer." I am only 24% kidding. When I feel a twinge in my side, I'm almost positive it's appendicitis. When I walk into a room and can't remember what I am in there for? I am damn-near certain it's early-onset dementia.

When I grow a new freckle? Fucking melanoma, man. (Of course, this isn't unreasonable, as I am pasty white, have blue eyes, was born of Norwegian & Swedish heritage, entirely lack the ability to tan, have had tens of major sunburns in my life, and have in fact had skin cancer before. Behold, the battle wounds from having a basal cell carcinoma removed from my neck.

I told everyone it was from a particularly nasty bar fight. STAB WOUND 2007

Anyway, point is, my emotions tend to be...slightly overexaggerated. Although, the main problem is that all my fears are Based In Reality. When my big toe hurts and I'm sure it's cancer? Well, someone gets toe cancer; why not me?

When I feel a twinge in my side and I'm sure it's appendicitis? My brother's best friend's sister's mother's cousin died from a ruptured appendix, so what if I decide my side-ache is the result of a bad burrito con carne and then it exploded (the appendix, not the burrito), causing my very demise? WHAT WOULD MY CHILDREN DO WITHOUT A MOTHER? .....Oh, I'm just ovulating? Bygones. 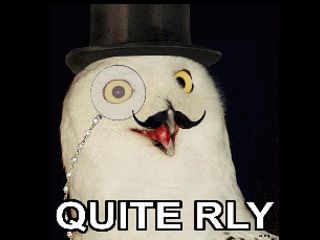 Anyway, hypochondria: Yes, to some degree. Fears based in reality: Absolutely. And does all this make life even harder? Hoo boy.

My hypochondria extends to my kids, naturally. When Naomi has a sniffle? She will die in her sleep of mucous asphyxiation. When Maya says her back hurts? It's leukemia for sure. When there's a glint in their eyes in photographs? RETINO - MOTHER - FUCKING - BLASTOMA. Shit. 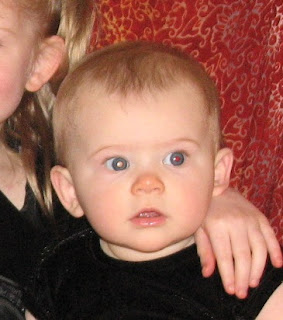 I mean goddamn, wouldn't you be worried? :( And yes, I took her to the eye doctor. Clean bill of health.
Chalk another one up to hypochondria by proxy.

Today, I am 84% certain that Maya has something dreadfully wrong with her. Because she has been complaining for weeks that her eyes hurt terribly. So in my mind, that's head cancer. CANCER OF THE HEAD.

...Probably she just needs glasses. Or maybe, she has seasonal allergies?


* Just kidding, I don't have a fear of chopsticks. For the most part.

...Life so hard for Baby JoJos.